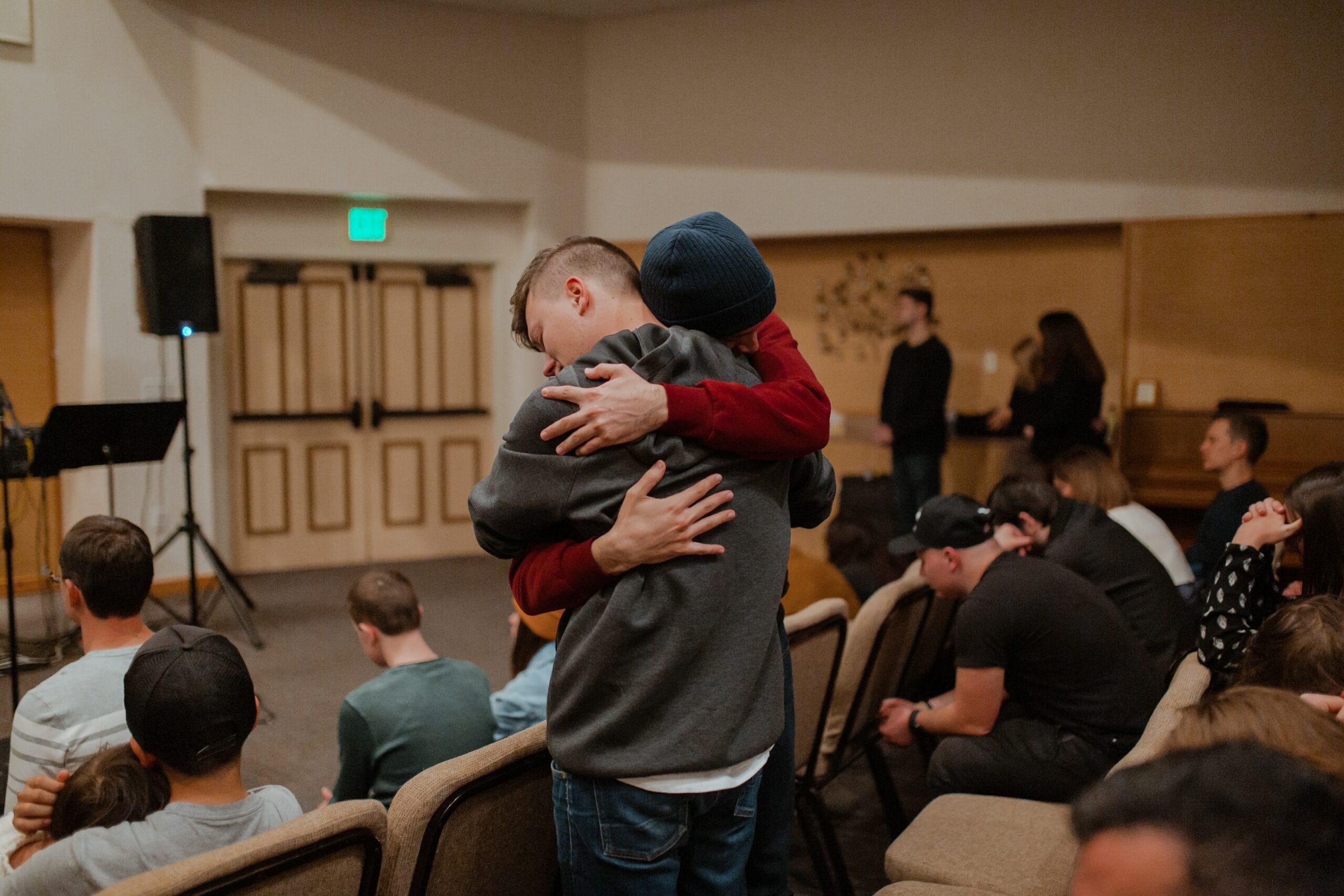 On October 25, 2022, the Austin Chapter of the Anti-Defamation League presented Dr. Steven Tomlinson and his husband, Eugene Sepulveda, with the Raymond and Audrey Maislin Humanitarian Award at their annual Golden Door Awards dinner in Austin, TX. This honor is given to an individual, organization, or family for work in furthering greater harmony and cooperation in our communities. Today’s Sowing Holy Questions blog is honored to feature an edited version of Dr. Tomlinson’s remarks in acceptance of the award.

A few years back, I was flying from Austin to Chicago, and I was seated next to a big guy in work denim and boots and a bushy black beard. On his tray table were three empty vodka bottles, and we hadn’t left the gate. I thought, “I need to find something to read” – and as I rummaged in my backpack, I heard a voice: “This man is saying something, and you’re the only one who hears. You’re going to ignore him for two hours?”

I had no idea what to say. I looked at his bottles. I looked and him, and I just blurted: “Flying is scary.”

He said: “I’m scared my kids are growing up without me.”

I said, “Tell me about your kids.”

And he told me about his nine-year-old dancer and his six-year-old, T-ball star, and a new baby.

“You love your children,” I said.

He said: “My dad left when I was ten. I don’t want that to happen to them.”

“Why would that happen?”

“I’m in North Dakota a lot. I think my wife met someone else.”

He said: “Oil is a dirty business.”

He told me his boss was cheating them. He told me how dangerous their work was. We’d talked for about an hour, when suddenly he pulled himself up in his chair and looked right at me and said, “I don’t believe in global warming,” and I said, “No. You don’t.” Then he relaxed. Then I relaxed. He said: “My friend was killed in the oil field.” I said, “What was he like?” And he described a man he clearly admired and loved. Then we were quiet for a while.

As we descended into Chicago, the man said again, “Oil is a dirty business.”

And I said: “What are we going to do about all that carbon dioxide in the atmosphere.”

He said: “I don’t know. We have to figure it out.” Then we landed – and when I reached up for my bag, the man (without warning and without permission) hugged me and said: “Thank you. That helped.”

“Yes,” I said. “It helped.” And I got off the plane and sat at the gate and cried, and then I went to work.

Our friend Lora Livingston introduced me to a famous Dutch journalist who was visiting us at St. James’ Episcopal Church one Sunday. She was traveling around the U.S. writing about how American communities solve problems, a child-care co-op in San Francisco, a small-scale recycler in Alabama, and so on. When I asked what was challenging about her assignment, she got quiet and she said it was painful to hear Americans talk about each other. She said when she told people in San Francisco she was going to Alabama, they said ugly, contemptuous things about the people who live there and, she said, I asked who they knew in Alabama, and they didn’t know anyone, and I asked when they’d been there, and they hadn’t.

“What happened when you got to Alabama?” I asked.

She said, well, they had prejudices about Californians, but it wasn’t contempt. It wasn’t hatred. Then she said, “What’s hard for me is that the Americans who share my politics are the ones who judge others with the least compassion and charity.”

Most of the time, I’m not loving. I’m getting things done, taking care of my people, living my life.

Knowing my neighbors, especially the aggrieved ones, takes time, takes work, takes me away from what I’d rather be doing or what I have to do. I’ve got good excuses. I can’t be bothered. Someone else can deal with scary, repulsive people. Someone else will pick up the trash.

But sometimes, on a plane, at the store, something more generous catches me off guard and suddenly I’m with someone and something gracious opens between us. So I wonder…

What if it’s our compassion that actually defeats hate? What if it’s charity that saves us? Yes, we need laws to protect our friends and neighbors from bullies and extremists. That’s why I support ADL. That’s why I’m going to vote, and I know you are too. But our laws and policies and elections will always reflect the health of our society and our soul – and right now our society’s soul needs healing.

What if the moment on the airplane did more to change the future than my vote? If I knew that conversations like that made the world safer for my vulnerable friends, would I have more of them? If that’s how hate got healed, could I be bothered?

The ADL was founded to protect a people who put love at the center of their law — love of God and neighbor — in faith that something like love made all this and holds it together. Their prophets forever call them back to this this law, to their covenant with that Love, to the faith that is the ground of their flourishing, even in a history of hardship.

My own faith includes the ridiculous commandment: “Love your enemies.” So, I have to keep trying.

I get discouraged and scared. I know you do too. But in that moment on the airplane, it got a bit easier to believe that something like love holds all this together, that something more powerful than hate hasn’t given up on us, and as often as I am willing to take time, to take a risk, that which truly protects us comes further, more fully into the world. 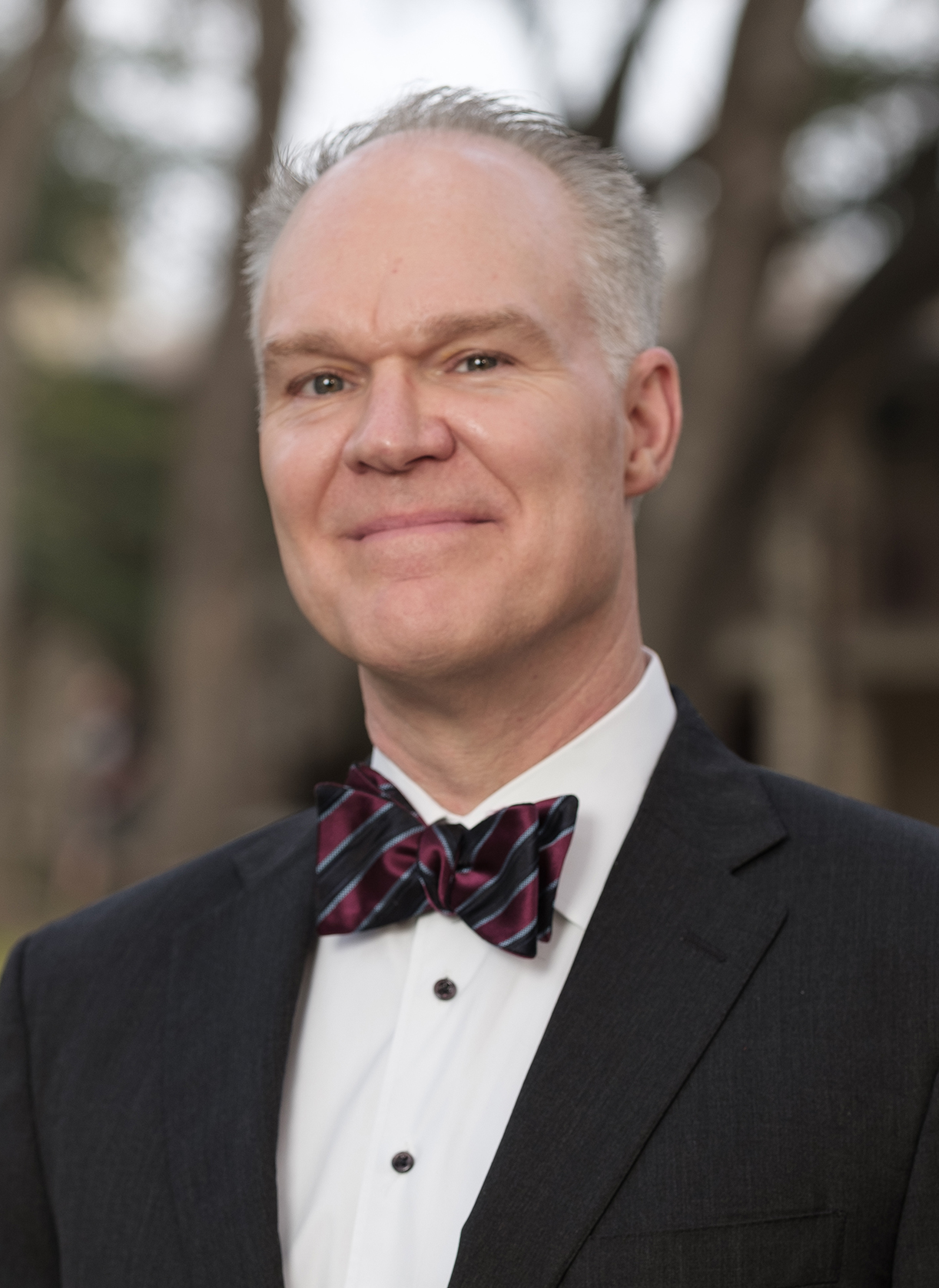 Dr. Steven Tomlinson, associate professor of leadership and administration, holds a PhD in economics from Stanford University. He coaches and consults with Wall Street, Fortune 500 and high-tech start-up executives and managers on leadership and communication strategy. He taught economics and finance at The University of Texas at Austin for 17 years, where he designed and directed the MBA professional development program. He is also an accomplished playwright and performer. His award-winning solo shows have been produced in Austin and off-Broadway.