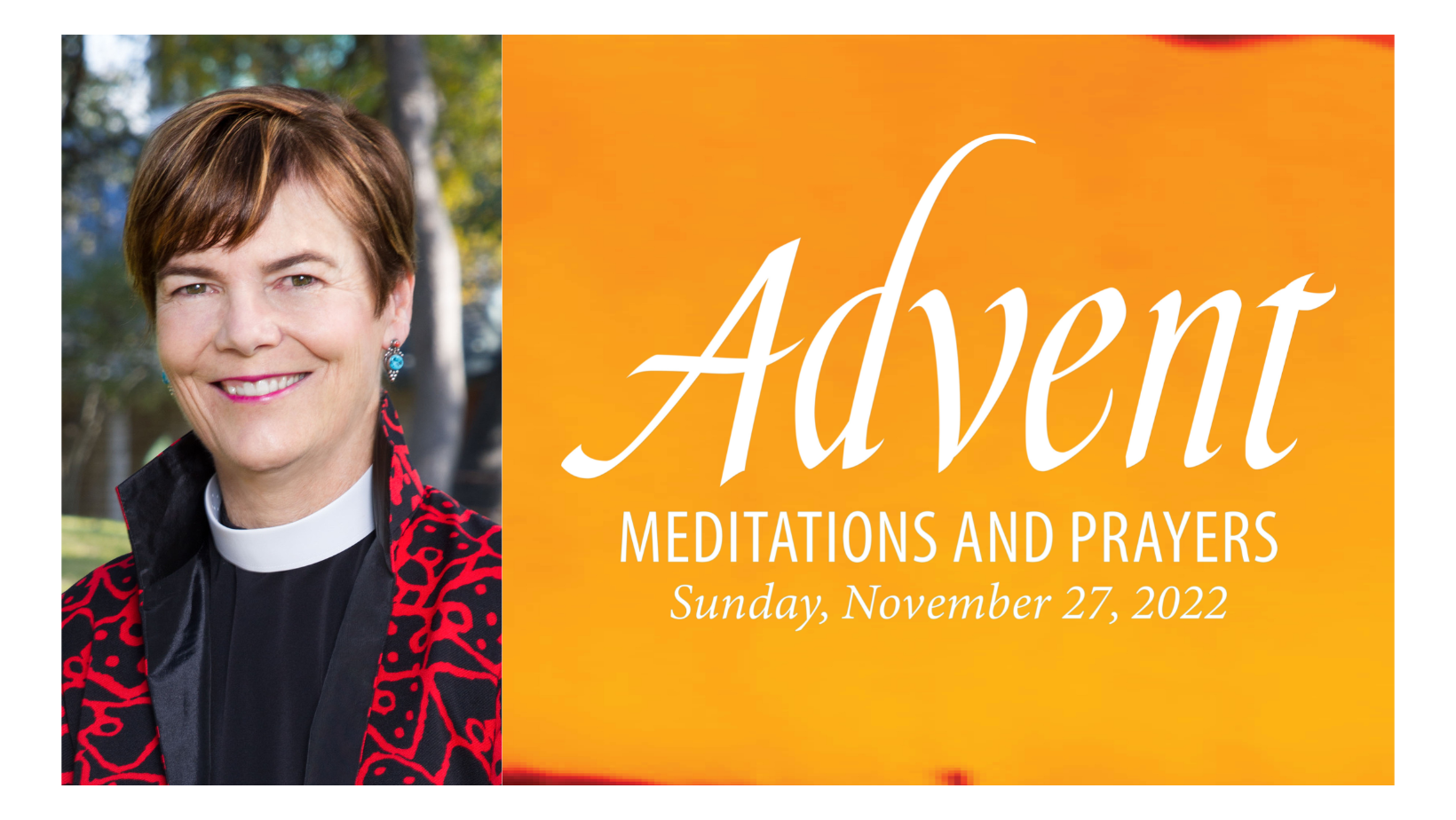 In the four weeks of Advent, we are attentive to time more keenly as we anticipate the coming of Christ as a child and await his coming again in judgment. Hours and days and seasons are all marked by shifting light: from the muted sun at dawn to the brilliant flat light of high noon to the shadows of dusk and the enfolding dark. In New England where I grew up, the daylight in Advent ended in the afternoon, and the cold gray leafless sky made the candles of the Advent wreath burn more brightly. With each day, the length of the light waned until the winter solstice, just before Christmas, when the days would wax again. In today’s parable we watch with vague alarm as the light from the lamps of the unprepared bridesmaids flickers out. To cultivate my attention in Advent, I take up a daily practice. I try to make it simple and doable, yet even then I find myself lapsing somewhere in the first week. And so I pick it up again. This year I want to stay aware of time, be awake to it, particularly the rhythm of the light. It may be to light a candle at the same time each day. Or it may be to read one page of a contemplative book at an appointed hour. Or to walk a loop in my neighborhood at dusk. I invite you to try a simple practice. To be aware. To be awake.

Dear God, be present each day in the light and in the dark. Help us to wait for your Child with patience and hope. Amen.

Listen to Cynthia read her Advent meditation and prayer: 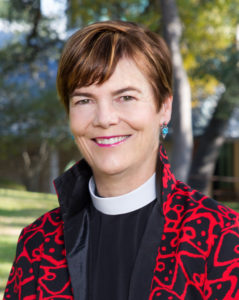 The Very Rev. Cynthia Briggs Kittredge, ThD, is dean and president of Seminary of the Southwest. The focus of Dean Kittredge’s leadership is the formation of Christian leaders in community for the vitality of the church and to advance God’s mission of reconciliation. She believes that critical engagement with scripture, tradition, and context, energized by imagination, and grounded in prayer is the center of formation for mission. In the wider church, Dean Kittredge is a respected scholar and preacher who teaches and leads retreats on the vital intersection of scripture, spirituality, and preaching for Christian leaders. In her role as dean and president, she continues to form students at Southwest in creative and faithful approaches to biblical studies, early Christian history, Greek reading, and the embodied practice of liturgical leadership. Dean Kittredge is the eighth dean and president of Seminary of the Southwest. She was appointed in 2013 after serving on the faculty as the Ernest J. Villavaso, Jr. Professor of New Testament and as academic dean. Committed to theological education for the church, Dean Kittredge has served as a member of the Steering Committee for Theological Education in the Anglican Communion, as Chair of the Board of the Episcopal Evangelism Society, and President of the Anglican Association of Biblical Scholars. A biblical scholar valued by her colleagues for her insight and generous collegiality, Dean Kittredge is a contributor to The New Oxford Annotated Bible and the Women's Bible Commentary, and the author of Conversations with Scripture: The Gospel of John and Community and Authority: The Rhetoric of Obedience in the Pauline Tradition. She co-edited The Bible in the Public Square: Reading the Signs of the Times and Walk in the Ways of Wisdom: Essays in Honor of Elisabeth Schüssler Fiorenza. She is the co-editor of the Fortress Commentary on the Bible: The New Testament (2014). Fascinated by the interplay of intellect and imagination in the interpretation of scripture, she wrote A Lot of the Way Trees Were Walking: Poems from the Gospel of Mark (Wipf & Stock, 2015). Prior to joining the seminary faculty in 1999, Dean Kittredge taught at Harvard University and the College of the Holy Cross. She serves as assisting priest at The Episcopal Church of the Good Shepherd in Austin. She is married to Frank D. Kittredge, Jr. and they have three grown children. His current research centers on theological readings of gender and transgender. Other research interests include economy, sexuality, political theology, virtue ethics, and interfaith dialogue. He teaches the core Theological Ethics courses for all degree programs. He is author of Following Jesus in a Culture of Fear, revised and updated (2020), Formed by Love (2017), and Church and Israel After Christendom (1999). He has contributed to The Blackwell Companion to Christian Ethics (2006) and The Cambridge Companion to the Gospels (2006) and has published widely in theological journals and magazines. Professor Bader-Saye helped found and lead Peacemeal, a missional Episcopal community in Scranton, PA, served on the Episcopal Church Executive Council Economic Justice Loan Committee, currently serves on the Gathering of Leaders Steering Committee, and is active as a teacher and parishioner at St. Julian of Norwich Episcopal Church, a mission in northwest Austin.